Are You Making Enough Mistakes? 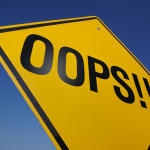 I was about 7 or 8, standing in the dining room and my mom was screaming at me about something I had done or hadn’t done.

I was looking down at the dark green sculpted carpet, just WISHING a hole would open up that I could crawl into; when suddenly, a brilliant idea popped into my little head.

“I’m just going to be perfect from now on,” I thought. “If I was perfect, then she’d never have anything to yell at me about ever again.”

That was the exact moment when I became a perfectionist.

Finally understanding WHY I made myself nuts for the next 40-some years trying to never make a mistake is nice, but of course, it’s only partially helpful.

Perfectionism, as Dr. Brene Brown pointed out in her interview with Oprah, isn’t striving for excellence.

It’s an attempt to be invisible.

When I heard her say that I literally burst into tears. I felt SO busted.

That weight of perfectionism, isn’t just a heavy cross to bear. It’s what will hold you back from achieving the very success you say you want. 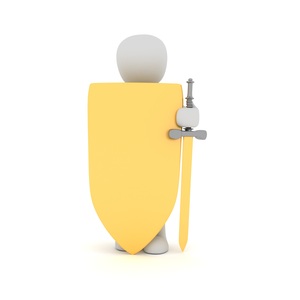 It’s what will keep you hiding behind your shield.

But you also punish those who you would otherwise serve – if only they could find you.

So if you won’t think of yourself, then perhaps if you stay focused on those who need you, then THAT will drive you to come out of hiding.

Unfortunately for perfectionists and those actively in recovery, one of the requirements for taking off the armor of perfection is exposure.

You’re just so OUT THERE for all the world to see.

And yet….as counterintuitive as it sounds….that’s just what people really do want to see.

And believe it or not, you’re the expert because of your journey and because of the mistakes you make.

Part of building a group of followers – of being a leader today – is being transparent and authentic.

No one wants to learn from or work with someone who they perceive to be a true guru….someone on the mountaintop.

Part of raising your Know-Like-Trust Quotient (your KLTQ) is in letting people know you tried and failed.

I recently attempted to hold my first Google Hangout On Air.

It was a complete flop.

I had scheduled it as an event like one of the experts said I was supposed to. Sent out an announcement to my list of subscribers. Posted it multiple times on Facebook.

And subsequently I had 20 people sign up. Ten of them actually tried to get on the Hangout.

That’s right. It didn’t work. Not at all.

I thought I would die of embarrassment.

The fact that the event was titled “Prove You’re the Expert” only made things worse.

Thankfully it wasn’t “Prove You’re the Expert in Using Google Hangouts On Air”.

I sent out an apology to those who signed up and posted multiple apologies on Facebook and Google+. And you know what happened?

I got notes of thanks.

I had one person send me a 3 paragraph message thanking me for being a role model for trying new technology and for being so totally transparent about the whole thing.

I was blown away.

Here are a few lessons I learned through this.

So as you work to build your brand and your business, you’ll also need to do the internal work necessary to let go of perfectionism and get comfortable with making mistakes. They’re really the best way to learn anything when you think of it.