Tips to Develop Thick Skin as You Market Your Business Online 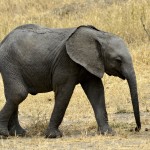 The post went into great detail about all the things Sally says that are flat out wrong in Jane’s opinion. Jane had facts to back up her statements and her belief that Sally was someone who was giving out bad information.

Believe me, that’s the nice, watered-down version. Jane used profanity in her headline and in the article.

I don’t know who’s right in this little skirmish and it wasn’t important enough for me to learn more and pick a side. But it got me thinking about the Haters out there, how the Internet gives people a platform to share their viewpoint, and how you can navigate these scary waters.

As a person who hates confrontation, I can tell you the initial reaction is to just not put any content out there.

And I realized this weekend that’s actually what I’ve been doing. I’ve been allowing my fears of Haters to hold me back.

That’s a mistake. For me and for all of us.

No content means you’re not going to get any search engine love and subsequently limits your discoverability.

A bigger problem is potential clients, potential referral partners, and others interested in what you have to say have nothing to base an opinion on.

Creating and sharing content is exhausting and time consuming but people can’t evaluate you and your abilities if you’re not giving them something to experience. You have to give people a sample of your knowledge and personality.

The next mistake is to not share a strong opinion.

You and I know there are lots of things that are grey in life. Lots of shadings and sides to an issue.

But you need to have a strong point of view (POV) in order to stand out and to genuinely attract your Prime Suspects, best Partners in Crime (JV partners or referral partners), and the best opportunities.

And for the sake of brevity, sometimes that may mean simplifying or distilling a message down to a more basic level than others would like.

One of the things to recognize is that as you step out you are stepping into the role of leader within your industry segment and to your constituents (those you serve).

And really — like the term “authority” or not — you and I are trying to become someone others reach out to, turn to for an opinion….turn to for advice….turn to when they need — yes, an expert — in our specialities.

And being ready for the Haters and Trolls is part of that.

So here are 10 strategies that can help you as you work to develop that thicker skin while you move forward to grow your business and your reputation.

1. Be prepared for it. I don’t know about you but the first time I realized someone said bad things about me was in grade school. We’ve been dealing with this all our lives. I really thought it would go away when I became a professional. Naive, I know. So just remember there are people out there getting their tomatoes ready to throw at you. Don’t relax. Always play with your A game.

2. Keep a cheer file. I save things that people send me like emails that tell me they liked an article I wrote, thank you notes I’ve gotten….stuff that just makes me laugh. Then I bring them out when I’m feeling bad. I’ll also go to my Facebook page and look at nice things people have posted. Here are some other ideas to get happy when business gets you down…

3. Practice self care. Things hurt me most when I’m run down, haven’t been exercising, or I’ve eaten too much sugar. So find your prescription for self-care and follow it. For me, it’s taking time off to work around the yard…playing with my cats….spending time with my husband, eating healthfully….and otherwise being good to myself.

5. Is there truth there? If there is own it. None of us is perfect. If someone called you for a mistake just admit your responsibility, apologize, fix it, and move on. And if they did it publicly — on a blog or via social media — then respond in that same place so people can follow the thread. The Web is all about transparency.

6. Be the real authority. Narrow your focus so you can really own being the authority in a topic or to a specific audience. With the incredible amount of competition faced in every segment and no matter the size of your business, the entrepreneur who focuses on being great in one area and in serving a specific audience is going to be more successful.

7. Be clear on your focus. Jane has a lot of degrees. Sally doesn’t. Sally’s audience may like that she simplifies things and uses simple terminology. Jane may think Sally is dumbing things down. So think about your audience, who they are, who you’re being for them, and make sure that’s crystal clear so you’re attracting the right audience. When I started out as an independent consultant I tried to be everything to everyone. You can imagine how well that worked.

8. Actively solicit feedback. Hearing criticism is hard. It takes practice. One thing I do is actively ask people to give me feedback on something. I’m still careful about who I talk to. It’s best to ask people who share your overall philosophy and approach. So if you know someone is super salesy and you’re not, then don’t ask for feedback because they’ll constantly tell you to make your messages like theirs.

9. Stop playing the tape in your head. Why is the stuff that tends to dominate our memories are the things that make us feel bad? Just like a song gets stuck in your head, negative feedback get stuck on a loop with different things triggering it to replay. Recognize when that happens and stop yourself in mid-thought and challenge it. If you’ve fixed the problem or learned from it then you’re not going to make the same mistake. If you’ve had a troll badmouthing you online then block them if possible and tell people you don’t want them to forward you her posts. But don’t feed into it by replaying the negative messages in your head.

10. Detach from the outcome. This little gem is one that finally sunk in after reading Think and Grow Rich for the 15th time. One day the concept finally made sense to me. If I’m emotionally attached to the result then I haven’t detached from the outcome. If my feelings are hurt because of something someone said about my work or the feedback a Suspect or client gave me then I’m emotionally attached to the result and haven’t detached from the outcome. Imagine if Thomas Edison had gotten discouraged on the 9,999th time he tried to get a lightbulb to work. We’d still be reading by candlelight and Al Gore would never have discovered the Internet.

So recognize that Haters are gonna hate. Just don’t let them get to you while they do it.

What strategies help you deal with criticism or the slings and arrows of Haters?